I reread my first paragraph in 2014’s Best of Live Theatre in the DFW region for criticalrant.com. It still stands in 2016, a year in which my creative focus shifted tectonically. I saw fewer shows as I was busy directing, thrilled to be so doing.

“I operate on the premise that a theatre’s job is to prevent people from leaving their seats before the entertainment is over.”

I concur wholeheartedly with Tom Stoppard, who uttered those words in a BBC radio interview back in 1970. Don’t bore me. Don’t try to fake me out with the latest cable TV-style fad or commercial generic “re-envisioning” of historical classic, drama or musical. Don’t drive me out of the theatre in numb disgust. Snap shut my roller coaster seatbelt. Send me on an unforgettable magic ride that carries me inside a world afire with perspectives that open new vistas on the human experience. What shows did just that for me in 2014? Not only did I not want to leave my seat before final curtain, I went back for a second dose when I could.

Here goes what affected me most in 2016…

Dallas Theater Center and Cara Mia Theatre Co. dove deep with this major collaborative effort, and it paid off. Not only was it relevant for our times, dealing head on with immigration issues, it displayed the creative talents and resources of both companies with superb synchronicity. This blend resulted in a compelling work of art that could (and should) get mounted across the US as a prime example of dynamic stage art that examines a serious life and death issue while providing vivid, thought-provoking entertainment. I hope more original collaborations of this high caliber will emerge from theatre companies in our region. Written by Cara Mia’s Artistic Director David Lozano and Dallas Theater Center’s Director of New Play Development Lee Trull. Directed by David Lozano with set design by Timothy R. Mackabbee.   Review: https://criticalrant.com/2016/05/11/undeterred-deferred-action-by-cara-mia-theatre-co-dallas-theater-cen

Uptown Players keeps filling the stage at the Kalita Humphreys Theater with satisfying, illuminating work as unique and classy as the setting. It took two viewings for me to “grok” this 1993 play. Majestic and lyrical, performances by each member of the ensemble brought to life the palpably human and soaring universal aspects of every character and theme with impeccable focus and truth. Written by Tony Kushner, directed by Cheryl Denson with scenic and video design by H. Bart McGeehon. Review unpublished.

Oklahoma City Repertory Theatre continues to surpass itself yearly with brilliantly executed, intense productions that go far beyond “entertainment”. This gripping drama, which first ran on Broadway in 1993/1994, receiving multiple Tony nominations, can shake an audience and its two actors to the core as it deals with impending suicide. “I believe in the power of theatre to touch and save lives and to help change our world for the better. Our production of NIGHT, MOTHER, the awareness it helped raise and the powerful post-show talkbacks, often as moving as the performances themselves, reiterated the vital importance of theatre in today’s world. All of this would not have been possible without the exceptional creative work of some amazing women. Director Ruth Charnay’s subtle and true direction, the astounding performances of Kris Schinske and Pam Dougherty, (all of them CityRep affiliated artists) and Marsha Norman’s award winning script, combined to make theatrical art of the highest order.” Donald Jordan, Founding Artistic Director Oklahoma CITY REPertory Theatre

In 2016, Trinty brought to TCU a visually stunning, lyrical A Midsummer Night’s Dream, directed by New York City based Stephen J. Brown-Fried and a heart-wrenching, austere The Winter’s Tale, directed by Thomas J. Walsh. What a delightful contrast, equally well realized and memorable. From its doubling cast to minutely detailed environments, creatively attuned lighting, music and costumes, Trinity brings Shakespeare home to the heart. The muses smile on our region for the caliber and wealth of Shakespearean theatre presented. Trinity sets a remarkable standard. https://criticalrant.com/2015/12/03/trinity-shakespeares-dream-director-stephen-brown-fried/

Another unique offering by Uptown Players, this selection was handily directed by Bruce Coleman. “Theatre Three’s Bruce Coleman directs with a light, compassionate touch and economy, well earned by Terence McNally’s erudite, sensitive script. It’s all CLASS. First class.” A taut, sophisticated family drama, it featured three regional rock star professionals–UNT professor Marjorie Hayes, Gregory Lush and Kevin Moore—and added another youthful professional to its roster, Alex Prejean, as the couple’s son. Sober and intense, the sheer “adultness” of this work was never matched by anything else I saw during the year. Hayes gave a remarkable, nuanced performance as an embittered mother attempting to reconcile blame with forgiveness while on an unexpected personal odyssey towards restored hope. Prejean as the son led the adults forward with angelic joy, without their life baggage to impede love. In a play full of unexpected depth and unexamined darkness, the ensemble followed its thematic arcs with confident mastery of its peaks, valleys and shadows. Welcome to adulthood.

6) Play (FIT): Wing Span Theatre presented Samuel Beckett’s absurdist “word-fugue” on a love triangle, with the “lovers” speaking from burial urn “costumes”. Lulu Ward, Barrett Nash and John Pszyk fascinated me more each time I sat through it. Amusement to grief, depending on the day, my mood. Very, very “playful”….Directed by Susan Sargeant. costume and makeup by Barbara C. Cox. Sound design by Lowell Sargeant.

7) Eric Bogosian’s Bitter Honey The Best of 100(Monologues), part of the “Off Broadway on Flora” Series at The Wyly Theatre, February 2016. He was spell-binding. Actor. Writer. Endless energy. Intriguing characters fly out of his crucible of a mind like a ghost convention fire drill. Directed by Bogosian’s wife Jo Bonney.

My two top performances of the year:

PAM DOUGHERTY in CityRep’s ‘Night, Mother. From my review: “Pam Dougherty’s Thelma staggers across an excruciating arc, exploring all the identifiable stages of grief as if they were stations on The Cross. Dougherty never plays for sympathy. Each stage of grief she passes through seems a believably surprise embodiment arising out of natural occurrence.”

DAVID LUGO in Uptown Players’ Angels in America, Part One. From my review: “David Lugo, as the delusional AIDs-infected Roy Cohn, gave what I consider his most enthralling performance to date. Always a truthful, absorbing actor, maybe the election tragedy fueled his character’s desperate rage and futile determination to rise above his fate. Lugo’s Roy broke my heart.”

May 2017 bring much joy to all through art and community. Have faith and hope. The best is yet to come. 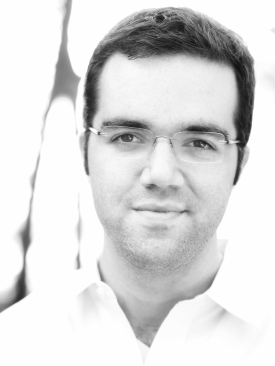 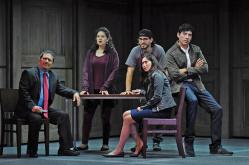