“In the arts, the critic is the only independent source of information. The rest is advertising.” Pauline Kael

Pity the poor theatre critic. More often reviled than revered. Seen by some as an unqualified evil scourge inflicting him or her-self on innocent artists of unquestionably high principles and spreading base lies to bolster an inflated, insecure ego. Underappreciated and most often unpaid, why any arts journalist would repeatedly subject him or her-self to the trying ordeal of writing reviews is a wonder. Yet, here in the DFW region, a bevy of brave, determined wordsmiths settle into their reserved seats most weekends, pen and paper or laptop in hand, to view live theater and share their opinions in print, on line and across the airwaves.

This past Saturday eight such critics, members of the DFW Theatre Critics Forum, met at the home of Turtle Creek News reviewer Martha Heimberg to share potluck lunch and decide what accomplishments to highlight from the 2008-2009 theatre season. 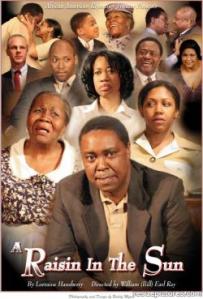 “My land is bare of chattering folk; the clouds are low along the ridges,

and sweet’s the air with curly smoke from all my burning bridges.”

My first year to get included in the group, I wasn’t sure what I’d encounter: rancorous food-fights or nuanced, impassioned discussion of specific performances? Would I be an odd woman out with my favorite performances?  Au contraire. It was a delightful afternoon. What came across was how much everyone cares about the arts and artistic community. It was a lively discussion, peppered with laughter and enthusiastic camaraderie. Not everyone saw the same shows; not everyone felt the same about the shows they saw. There was a surprising amount of commonality of appreciation, from the old hands and us new faces on the reviewer scene alike. We expressed a lot of admiration for the hard work and artistic contributions made over the year.

So when you read Lawson Taitte’s article about the DFW Theatre Critics Forum meeting in the Dallas News, or read about it in The Voice or click on Theater Jones or my blog here, or wherever you find it, realize its results represent sincere analysis and respect for the performance arts scene.

If you’re not mentioned this time, maybe next year is your turn….

Rene Moreno: The Seafarer, Stage West and This Is Our Youth, Upstart Productions

John S. Davies: makeup design, The Last Meeting of the Knights of the White Magnolia, Contemporary Theatre of Dallas

Jeffrey Schmidt: Production designs, The Old Woman in the Wood, The Drama Club

1) B.J. Cleveland, for his outstanding achievement during his 27-year association with Theatre Arlington (15 as artistic director), and for his unstoppable energy.

3) Kevin Moriarty, artistic director of the Dallas Theater Center, for reintroducing a resident acting ensemble to the DTC, and for his generous spirit of community building.

Mark Lowry: TheaterJones and THE Magazine