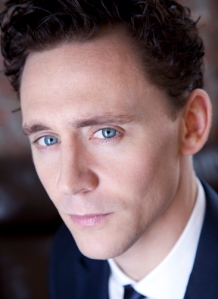 A mystery at a National Theatre Live screening? When I attend and review the NT Live performances at Dallas’ Angelika Film Center, I generally find myself one of eight silent people in the auditorium. Walking into a full house, wall to wall people, on a Saturday afternoon to see the NT Live showing of Shakespeare’s “Coriolanus” took me by surprise, as did the crowd’s chattering, youthful make-up. “Are they from high school or university classes?” my companion and I wondered. “For CORIOLANUS? Hardly seems a likely choice.” Shakespeare’s final great political tragedy, probably first performed between 1607 –1608, presents a dark, brooding, violent portrait of the Roman warrior general turned politician Caius Marcius Coriolanus and follows him to his gory death after banishment from Rome. Hubris, ambition, elitism, intrigue, corruption and revenge – all become subject matter for a lengthy excess of lofty dialogue, broken up occasionally by bloody stage combat. It’s not an easy play to sit through as a diehard adult Bard fan, even with the thrilling, chilling, modern dress version by Donmar Warehouse, filmed with intimate intensity by NT Live. Whew. An unlikely introduction for neophytes? After the film concluded the mystery solved itself. I learned that the actor playing Coriolanus, Tom Hiddleston, has garnered a huge worldwide “crush” following as the star of the “Thor” film series and “The Avengers” (neither familiar to me) and the film version of “War Horse”. MTV viewers recently voted him “sexiest man alive”. So the fans came in droves. (http://www.mtv.com/news/articles/1718972/tom-hiddleston-sexiest-man-alive.jhtml)

That explained why the crowd giggled though the screening at the oddest times and persistently. They watched Hiddleston from a very different perspective than mine. If you attend a screening and find a huge crowd of young ladies (mostly) in the audience, be aware of their viewing context and vocal enthusiasm, neither having much to do with the Shakespeare play.

As for Tom Hiddleston’s performance, his mastery of the craft of classical acting, combat and Shakespearean dialogue and his contemporary-feeling immersion in the character of Coriolanus add tremendous vital thrust to the production. Unerringly believable as a proto-fascist patrician warlord who refuses to adapt to the needs of his times or the wishes of his powerful associates, he pays the ultimate price for inflexible pride. At the play’s end, he hangs by the feet, suspended and facing upstage, throat slit and blood gushing down upon the head and face of his jubilant lifelong enemy wielding the knife below him. The rage and destruction Hiddleston’s Coriolanus generates across the complicated arc of this verbose play concludes with this savage ritual of a realistic ‘blood bath’. It feels like a purification ritual, as much for the audience/ witnesses as for the play’s other characters. Basking in Hiddleston’s steamy glow but not eclipsed, eminent British stage and film actors Peter De Jersey as the stern General Cominius, Deborah Findlay as Coriolanus’ ambition-obsessed mother Volumnia, Mark Gatiss as Roman Senator Menenius Agrippa and Hadley Fraser as sworn enemy Tullus Aufidius, General of the Volscian tribe, carry the tale of intrigue and deception to inevitable doom. Play Director Josie Rourke, in concert with designer Lucy Osborne, unfolds the tale by stripping it down to its visceral essence on an almost empty stage with mood lighting (Mark Henderson), space delineated in graffiti-style paint on the bare Donmar floor and all actors assembled face front in shadow, seated on a line of folding chairs against the upstage wall. The emotionless, utilitarian simplicity of the setting allows the omnipresent acting ensemble free rein to invoke a bloodthirsty, untethered world, not unlike contemporary developing world countries awash in faction-driven political strife. Modern dress elements (jeans, hoodies, tennis shoes) with leather vests or jerkins added, suggestive of battle armor; tie the play’s historical realm to a modern re-visioning with ease. The vicious battle scenes feel like street gang fights with lethal antique weaponry. The play becomes a nightmare of eerily familiar deceit and arrogance, with its final act of savage bloodletting a strange, macabre resolution into silence, if not the semblance of peace.

The running length of “Coriolanus” is 2 hours, 20 minutes with one interval. A clearer staging of this overwhelming work you won’t likely experience. The young audience giggling throughout offers minor distraction.

Check Angelika Film Center in Dallas and Plano for dates and times. www.angelikafilmcenter.com

Review as run on TheaterJones.com