Just don’t call them “kids” in the theatre….

When they walk into a rehearsal or performance setting, these artists are as professional as they come in our arts community. They are the creative engines, the future visionary drivers emerging from Jeff Swearingen’s Fun House Theatre and Film. And they are stepping out in style in 2017.

Come March 23 at Addison Conference and Theatre Center’s Stone Cottage, they are launching The Basement, a new collective theatre company and Fun House affiliate, with a production of Kenneth Lonergan’s gritty, gut-wrenching This Is Our Youth, directed by Kennedy Waterman. 16-year-old Kennedy Waterman. A dream project of Chris Rodenbaugh, Doak Rapp and Taylor Donnelson, The Basement grew out of the trio’s desire to branch into producing original and challenging contemporary work on their own, with Fun House Artistic Director Jeff Swearingen and Founding Partner/President Bren Rapp’s input, but not as part of the ongoing Fun House season. They all feel the intense conservatory style performance education at Fun House has given them the grounding and fortitude to branch out on their own. 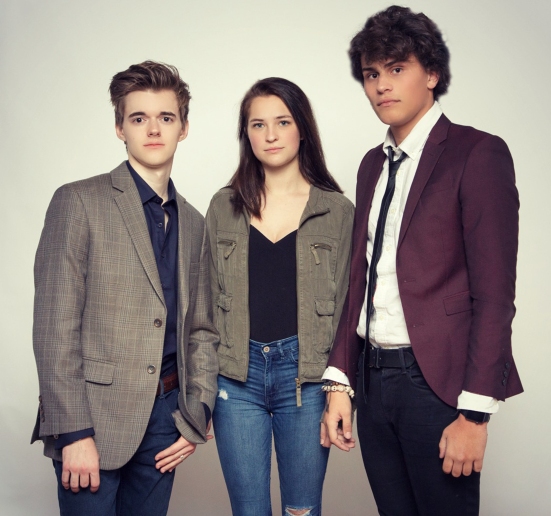 Chris Rodenbaugh, 19 year old Basement Co-Artistic Director and Chicago Loyola University student explains it this way: “This is an opportunity to take ourselves on an independent, creative journey. Fun House’s Jeff and Bren will be there to help when needed, but this way we can focus on our own work and decide for ourselves what we want to stage in performance. All of us are either in college or about to graduate from high school, most with resumes that many adult actors would love to have.” The Basement will welcome new talent, generally over age 18. In addition to Rodenbaugh, the inaugural group is comprised of:

Doak Rapp reflects on the core tenets The Basement will embody: “As our teacher and director over the years, Jeff has pounded these four guiding principles of acting into our heads that now form the tenets of The Basement:

Jeff made us all think, motivated us to really care as humans and show initiative. So here we are.”

Swearingen suggested This Is Our Youth, to the group. “It’s a play about the bridge from adolescence to adulthood, exactly who and where we are,” explains Basement Member/Director, Kennedy Waterman. Waterman is already well respected for her performances in major productions across the region as well as for writing and performing in her own autobiographical solo show. Helming her first major company production doesn’t daunt her in the least. She cast veteran stage colleagues and Fun House/Basement members Taylor Donnelson, Tex Patrello and Doak Rapp, trusting them to support her and the production with the focus and professional dedication Swearingen and Rapp instilled in them. It promises to be an outstanding showcase of these young artists’ talents and skills. They will rock Addison’s Stone Cottage Theatre. “Performing with Fun House Theatre and other professional companies here has given us a dose of reality. We know how to engage and get the job done. We know what it is to be built up and torn down by critics and audiences, how to keep going, take it in stride, whatever the response. Jeff and Bren opened the door by giving us the tools and the opportunity to learn and grow at our own speed. And they gave us the confidence to believe in our art while serving others on stage.”

Jeff Swearingen couldn’t be more thrilled with this outgrowth.” I believe they have an excellent chance of building a company that does significant work because they’ve already done it. They skipped the typical youth theatre experience of mimicking show CDs and watching You Tube clips to copy the way a role is usually done. They are, and have always been, searching for the paths to make art that is immortal.’ At Fun House he and Bren Rapp have intentionally created a driven, professional environment that encourages initiative and creativity. Swearingen reflects, “The young actors at Fun House have been put through a grueling schedule since the day they started, developing new works, dealing with rewrites and shows written rehearsal to rehearsal and performing for professional critics and theatre practitioners. Accountability and responsible story telling were their first lessons. They’ve learned to create art.” Genuine art. Swearingen’s eyes twinkle with pride. “I feel incredibly honored that they would model such a significant part of their lives from my teachings. I hope they never stop learning. I only ask that they in return try to inspire and seek out other artists who share the same goals.”

All Fun House/Basement artists, on stage and back stage, have earned a region-wide “Standing O” for this promising achievement, helping to assure a positive future for performance art. I salute everyone involved.

THIS IS OUR YOUTH

Produced by Doak Rapp for The Basement

Tickets will go on sale February 23 via http://www.brownpapertickets.com

Schedule, show info and pricing as well as the on-line purchasing link will be available via The Basement’s Facebook page, event page and The Basement’s page of the Fun House website http://www.funhousetheatreandfilm.com/thebasement/html

Special pricing for high school and college students will be available for every performance @$5.00 per ticket. Adult tickets $10.00