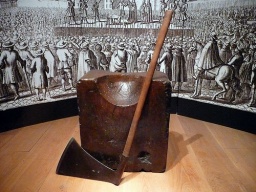 “A theatre that is missing the work of women is missing half the story, half the canon, half the life of our time. That is the situation we have now.”

Dallas’ opinionated ‘butch bluestocking’ critic is up on her soapbox again. What’s it about now?

Hey, Dallas and Ft. Worth regional theater companies, how many of you are producing plays by women this year? Speak up: I’m having a really hard time hearing you.  Can’t find any good ones, you say?

Some quotes and thoughts to consider:

So here I go. I’m about to admire a regional theater company that produces women’s work exclusively and praise their current production. I don’t care if you find me “lacking” for making those choices.

As part of its Big Shout Out Playwriting Contest, Echo Theatre selected Catherine Bush’s winning entry The Executioner’s Sons to kick off 2011 in full production. Many, or most, plays dealing with 15th century history place nobility center stage. There’s more nobility material available to draw from: he who wields the smiting sword gets to dominate the history books. In Bush’s play this focus gets upended. Main characters, even as they react to nobility’s catalytic decisions, are commoners. The audience follows the interactions of the King’s Executioner Henry Tatersall, his common Irish wife Kate and their two young sons.

Familiar to many audience members are the diabolical machinations of the Duke of Gloucester (Richard III) in clearing a bloody pathway to England’s throne. 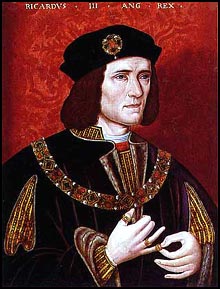 This includes his signature cruel murder of the two princes Edward and Richard, after he imprisoned them in the Tower of London. Happens to be the very Tower where Henry plies his trade and he and his family live. By accident, Henry and Kate’s commoner sons encounter the two royal blood lads; fast friendship ensues. The plot twists. Gloucester works his evil deeds. Henry and Kate learn a hard, macabre lesson. And there’s a satisfying surprise ending. 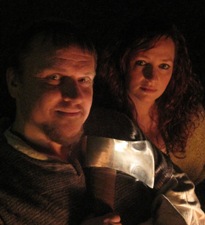 The Executioner’s Sons belongs heart and soul to its young characters. The four young actors playing the roles, all under age 10, imbue them with a disciplined attention to detail in relationship and action. Are their lines delivered audibly and realistically?  Not always. But each of them creates a viable, interesting character hard to tear one’s eyes away from. 15th century children must have squabbled and played adult imitative games, sneaked snacks from mom’s kitchen, longed for hugs, tried to find the logic in adult actions and expectations.

Had Echo Theatre’s Director Terri Ferguson cast teens in the roles and dressed them to “look like” younger children, it would have diminished the production. Of particular note is their “play” with Henry’s genuinely heavy, sharp axe. Never for a moment did it seem dangerously out of control. Never for a moment did it seem anything but dangerous and real, well choreographed but “natural.” Stuart Lee Williams, Lily McCollum, Jaxon Beeson and Marlhy Murphy are the four best reasons to come see this play. Do get their autographs: who knows from whence the next generation’s Meryl Streep or Colin Firth will emerge. An efficient, open, hearthside set by Bryan Wofford with well-integrated lighting and sound design by Jaymes Gregory and Graeme Bice takes the audience clearly back to 15th century London. Costumes, designed by Ally Elsey, look a bit too tidy, like they came straight from a community theatre production of Brigadoon. A salute must go to ‘child wrangler’ Shane Beeson (pater to Jaxon), who keeps the foursome amused backstage, dressed for each scene and focused and ready for every entrance.

Women’s theatre. Not all talk, lots of “event”, weaving “soft” and “hard” subjects of interest to both sexes together admirably. Imagine that. So, audience members, the next time you attend a performance at the Kalita Humphreys Theater, or the Charles and Dee Wyly Theater or the Margot and Bill Winspear Opera House, to name just a prominent few, ask out loud why you aren’t seeing more plays by women, all across our metroplex. THAT would be a potent national achievement to crow about. In the meantime, support Echo Theatre by attending The Executioner’s Sons by Catherine Bush at the Bath House Cultural Center.

Quotes on women’s theatre challenges from playwright Marsha Norman’s in depth feature in the November 2009 issue of American Theatre Magazine: Not There Yet

Looking for outstanding plays by women?

Here’s a starting point: www.blackburnprize.org. That’s the website for The Susan Smith Blackburn Prize, which has produced a list of the 10 best women-written plays for thirty-two years.