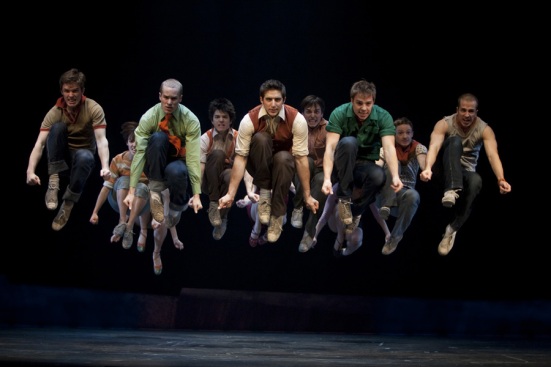 Success balances easily on the well-muscled shoulders and nimble feet of New York City based professional dancer/actor/choreographer Dean Andre DeLuna as he warms up to perform in the Dallas Summer Musicals‘ State Fair of Texas performances of West Side Story. It’s one stop on the beloved, classic musical’s national tour. DeLuna feels particular excitement about performing in Dallas as it brings him home to his roots. The Ft. Worth native got his “show biz” start in Cowtown’s dance studios and refined and focused his skills and talents as an exceptional student at Booker T. Washington High School for the Performing Arts. He says he was something of a “late bloomer” when he arrived at Booker T. Washington, even though he’d been studying different forms of dance before (flamenco and tap to start with). He’d also develop acting chops, appearing in the television show “Barney and Friends”. But he thrived under the intense immersion in formal ballet study his teachers at the high school pushed him to; from 2000 through 2004, “dance overtook my life”. Daily routine began at 5am in Ft. Worth. By 7:15am he was warming up at the bar in Dallas. It wasn’t unusual for him to take 8-9 ballet classes a day. “My mom was my savior”, he grins, remembering the many changes of clothes she kept in the car for him in case an audition or unexpected dance class came up, and the miles logged on the family car supporting his endeavors.

DeLuna’s dedication and talent and his mother’s support paid off. At the urging of the high school’s Dance Coordinator, Dr. Rosann Cox, he won highly competitive scholarships from the Dallas Dance Council and Texas Commission for the Arts “Young Masters” programs. Theses scholarships allowed him to travel and study extensively in New York and LA. When he studied at the Edge Performing Arts Center in Los Angeles, his hip-hop teacher initially expressed concern that his ballet foundation made him too tight and formal for hip-hop’s freedom of expression. So he learned to adapt his technique to the immediate needs of any performance’s dance style. 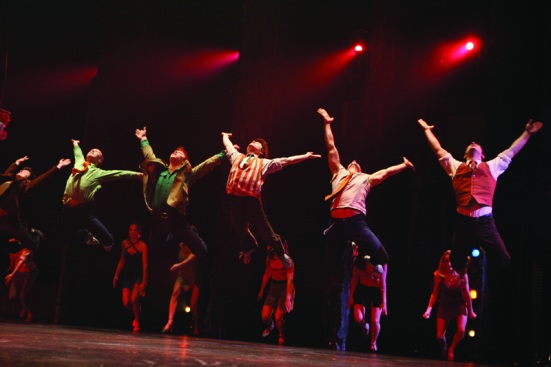 Adaptation and innovation have become fully integrated into his performance work. Renowned Jerome Robbins directed and choreographed West Side Story in 1957, incorporating ballroom styles into its dance expression. 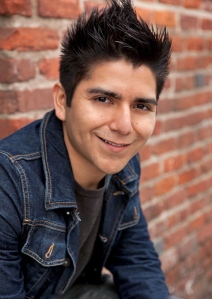 DeLuna has added ballroom dancing to his repertoire, picking up classes where he can on the tour, in addition to the daily ballet classes the tour’s master choreographer, Tony Award-nominee Joey McKneely, requires. He feels energized and inspired by the intensity and flexibility participating in this tour demands. “I’d like to maybe become the Jerome Robbins of the 21st century,” he exclaims. He’d welcome the opportunity to choreograph West Side Story, himself, someday, respecting the Robbins traditions but incorporating movement innovations in the spirit of the times. What resonates for audiences is the work’s timeless, universal appeal, he believes; its dark reality and emotional intensity should speak to people from any culture, any time. When Dean Andre DeLuna’s family drives in from Ft. Worth and El Paso to see him perform at the State Fair, not only will they take delight in seeing a cherished son who has been far away from home for a long time, they will also celebrate a professional talent with a promising international career beckoning him onward.

Dean Andre DeLuna performed in the international tour of West Side Story and now in the US national tour at the Dallas Music Hall during the State Fair of Texas, October 4 – October 23 at the Music Hall at Fair Park. Tickets are available by calling 1-800-982-ARTS, online at www.ticketmaster.com.

One thought on “Innovation In Dance Tradition: Dean Andre DeLuna”