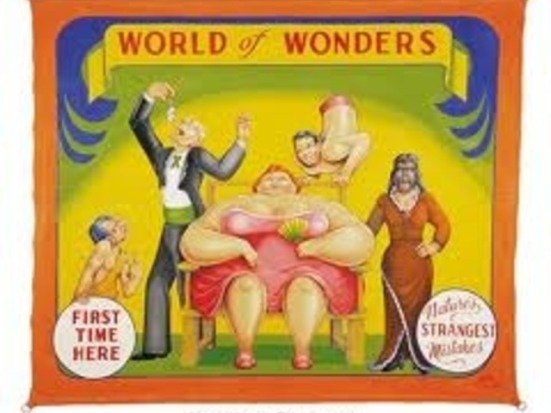 Most of you folks in the North Texas theatre community recognize Van Quattro as the world-weary donut shop owner who stole the show in Tracy Letts’ Superior Donuts at Theatre Three in 2012 or as the grim psycho with a freaky hand fetish in Second Thought Theatre’s A Behanding in Spokane. Did you know he’s an accomplished director and writer as well? Come January you’re going to see a fully mounted sample….

Why Things Burn by LA-based playwright and screenwriter Rick Krause, directed and produced by Van Quattro in its Southwestern premiere….

The production previews January 9 opens on January 10, 2015, runs through the following two weekends, with Industry Nights (pay what you can) on Mondays at the Margo Jones Theatre in Fair Park.

“A freak show circus, circa 1952, stops in Hollywood and things get steamy hot. Everybody wants to be a star. This is the greatest story dying to be told. Why do things burn? Where does ignition begin? What fuels it? EVERYBODY wants to be a star….”

This will the first full staging of Why Things Burn, last given a staged reading at Club 88 in Santa Monica, CA. About 25 years ago Van Quattro created a Writers and Actors Lab in LA, with screenwriter and playwright Jim Uhls: a weekly workshop/reading for working and aspiring playwrights. Still going strong today it has served hundreds of working professionals through the years. Van Quattro met playwright Rick Krause at the Workshop twenty years ago. Krause has had a far-ranging career writing for film and television (Castle Rock, Fox 2000, SciFi TV Network) as well as writing plays that have been produced in respected LA and San Francisco venues over the years.

What Van Quattro says about Why Things Burn:

“I became a total fan of it as soon as I read it. It’s deep, dark, sexy, truthful and very entertaining. Over the years I kept going back to it, have waited for just the right time to produce and direct it. NOW. Maybe it won’t change the world, but I still want to do it; it’s an excellent, intimate work. It has a genuine sensibility I relate to, and I long to share it with DFW audiences. I’ll be mounting it realistically in its 50’s period with projected visuals done by the fine film artist Samuel Haun. Why Things Burn is nothing like American Horror Story; it’s about relationships in this circus in the 50’s, not a gross-you-out tale. Its main characters are not freaks, but they all want something desperately. It reveals compelling elements of love, suspense and great tragedy.”

Kickstarter Funding for this project has almost met its $3500 goal with its deadline on Halloween, October 31. Won’t you help finish the funding with a little treat for Van Quattro and his cast?

Support welcome from individuals and businesses, with corporate sponsorship available. 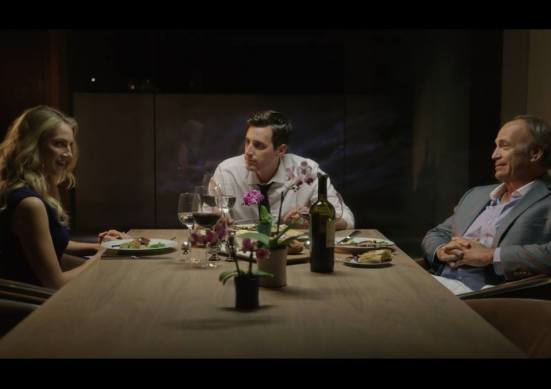 California native Van Quattro has worked most of his adult life in film, television and on stage. His screen appearances include the television series ‘Picket Fences’,’ Millennium’ ‘L.A. Doctors” and ‘Chicago Hope” as well as in the films ‘Fight Club’, ‘The Object’, ‘The End of Days’ and ‘The Big Thing’. He moved to the North Texas region several years ago and has performed at Water Tower Theatre, Second Thought Theatre, Theatre Arlington and Theatre Three. In 2012 the DFW Theatre Critics Forum recognized him for his soulful performance in Tracy Letts’ Superior Donuts at Theatre Three.

Van Quattro hopes to mount and direct more original works by accomplished playwrights after Why Things Burn, in addition to a unique one-man show he is currently writing….

One thought on “WHY THINGS BURN: Trick or Treat with Van Quattro”