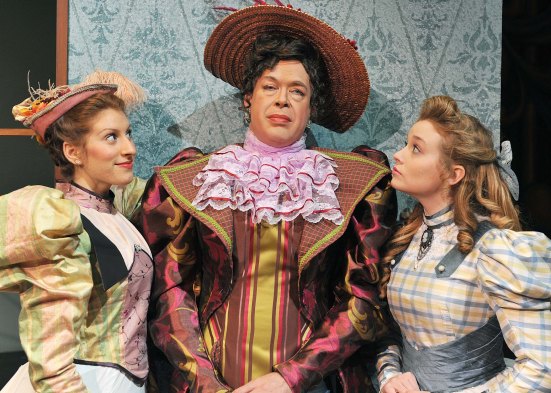 “A dreamer is one who can only find his way by moonlight, and his punishment is that he sees the dawn before the rest of the world.” Oscar Wilde, The Critic as Artist

Balance and harmony by design: consider the integrity of a three-legged stool. Each independent element shares equal weight-bearing support with the other two, creating one of the most secure platforms upon which to sit. Transpose understanding of that conceptual elegance to the much anticipated stage production of Oscar Wilde’s comedy ”The Importance of Being Earnest”, opening Saturday April 6 in the Burg Theatre at Oklahoma City University under the three-pronged guidance of City Rep Theatre, Oklahoma Shakespeare in the Park and Oklahoma City University. Three artistic companies join forces — sharing talents, resources, personnel and a wealth of creative ideas in order to create a landmark, exceptional production of the best of Oscar Wilde. The result? Balance, harmony and first class entertainment.

How does it feel to not run the whole show? Donald Jordan, Founding Artistic Director of professional Oklahoma City Repertory Company (City Rep) explains his response to an early “Earnest” rehearsal, “It’s reassuring to look around the rehearsal space and realize you can’t swing a cat without hitting an Artistic Director or someone who is a “go-to” experienced theatrical leader. We’ve got more than 70 years of Artistic Director experience between us here.” 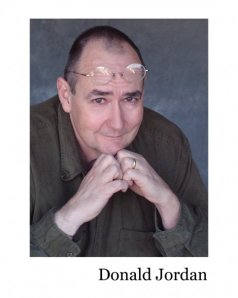 His partners in the creative triumvirate are D. Lance Marsh, Director of “The Importance of Being Earnest” and Artistic Director/Head of Performance at Theatre OCU, an Affiliated Artist with CITY REP as well as Associate Artistic Director for Oklahoma Shakespeare in the Park and Kathryn McGill, Artistic Director of Oklahoma Shakespeare in the Park (OSP), now in its 29th season. Jordan reflects on the challenges presented by this diversity of co-production. “The integration of three unique theatrical entities, each with its own divergent needs, requires ingenuity, production planning, good communication, a strong sense of teamwork and trust.  We all work with differing budgets, requirements (from academic considerations to the various Equity regulations of our professional template) and different standard production schedules. Solving the challenges in new and creative ways is actually part of the process’ fun.”

D. Lance Marsh concurs. “Communication is always a biggie in a co-production, and with three partners it gets more complicated.  There are always three bosses (Artistic Directors) in the room when we meet that could potentially cause huge tension, but in this case it has been blissfully tranquil.” Marsh describes the production’s genesis, “ At Theatre OCU, we mix contemporary and classical plays in our seasons. 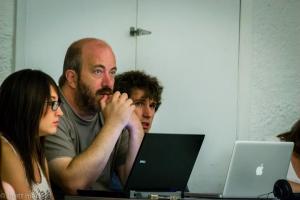 Theatre OCU regularly co-produces with both City Rep and Oklahoma Shakespeare in the Park, and Kathryn, Don and I have been daydreaming up a project to do together. This play came up in discussions. I had just returned from New York, (two years ago now) where I had seen Brian Bedford’s Broadway revival. City Rep’s Artistic Associate Michael Jones ((a top regional actor and Emmy Award winning director) was mentioned very early in that conversation to play Lady Bracknell; we are so fortunate he took on the challenge.”

Equity actor Jones has nothing but praise for the co-production and its director Lance Marsh. “Lady Bracknell is a once in a lifetime role, the largest acting challenge I’ve ever taken on. I feel like Dustin Hoffman in “Tootsie”, I just want he to be believable and pretty! Three organizations cooperating means we have the financial resources to produce this play at a scale that no one of our organizations could afford. I hope the overlap of audiences will inspire greater attendance for all. The presence of our Equity company, City Rep, from stage manager to actors, will help drive a level of professionalism throughout the production that audiences will remember and come to expect. Our director Lance understands “Earnest’s” potential and brings it fully to life – with his extensive knowledge of and appreciation for the wit and wisdom of Oscar Wilde. He makes it so visceral, so full of life. It’s a socially relevant play for any era and very, very funny.”

OSP’s Artistic Director Kathryn McGill expands on Jones’ remarks. She plays the female enigma with a “dark past” in the play, Miss Prism. “Lance is always saying ‘One foot in reality, one foot in whimsy’. 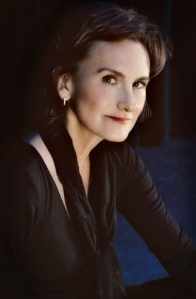 The play is essentially realistic on the one hand and an over the top send-up of the social mores of the times, too. With Lance directing, a fine balance gets maintained because he’s in his natural element!” A University of Oklahoma graduate with an MFA from NYU’s Tisch School of the Arts, McGill came home to visit three decades ago and saw a need and the chance to create something special in her native Oklahoma. She has now directed 40 productions for the company she founded, Oklahoma Shakespeare in the Park. “Lance is precise, technically focused and visionary. He inspires trust because he knows his subject so well and understands Oscar Wilde’s superb use of language. I just let the words carry me.

Who coordinates the publicity and outreach for this worthy production? University of Central Oklahoma graduate Jon Haque, Managing Director of OSP, brings his unique skill set to the table. “We’re experiencing a creative Renaissance in the region, spearheaded by Don and Lance and Kathryn. Our cultural offerings are flourishing right along with our growing communities in OKC. Society at all strata interacts on a digital level; arts organizations need to utilize those resources to engage and demystify “classical” works, so I’m adding social media to the mix. Lady Bracknell has her own Facebook “fan” page we encourage audiences to engage with.” A fine regional actor in his own right, Haque also sings the praises of Lance Marsh as director. ”He’s the most giving director, with an incredible, intimate knowledge of Oscar Wilde and “Earnest”. His full understanding of how to perform this comedy of style encourages actors to really go all out and make their performances fun to watch and accessible.”

So what do these intrepid arts leaders hope their audience will take away from this co-production?

Kathryn McGill: “I hope audiences have a great time! I hope they gain an appreciation for how exceptionally well Wilde wrote his characters and the relevance of great language and literature for communication today.”

Don Jordan: “I hope it give our audiences a charming look into the humor of a specific time and place as well as the universality of youth, love and the eternal joy in poking fun at ‘proper’ convention.”

Director Lance Marsh gets the last word, summing it up. “ “The Importance of Being Earnest” is arguably the most perfect comedy written in the English language and one of my favorite plays of all time. Audience take-away? Fun.  Style.  Romance.  A sense of “topsy-turvy.”  Wilde is a master of creating a kind of upside-down world, where “the truth is not the sort of thing you tell a nice, sweet, refined girl”, where high stakes things are tossed off as trivialities, while a person’s name, or background, or a cucumber sandwich (or lack thereof) all become earth-shattering events….”

All performances are in the Burg Theatre in the Kirkpatrick Fine Arts Center, located at NW 25th and Blackwelder on the campus of Oklahoma City University

Link to Oklahoma Shakespeare in the Park: http://oklahomashakespeare.com