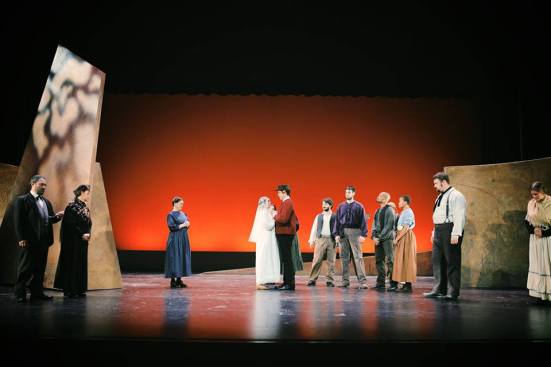 2015 unfolded as a stunner of a thespian year, from classics to new work, dynamic paradigm-shifters to re-invigorated audience favorites, ensemble achievements to compelling solo work. Youth to senior artists. And music? Glorious music! Performance art in our region thrives with energy, respect, initiative and genuine variety. Dedicated, impassioned creative people form the backbone of the community. I salute all of you for the worthy endeavors you have brought to life.

Is it ever easy to step into the shoes of a founding director? When Theatre Three’s Co-founder and Executive Producer Jac Alder passed away in 2015, Bruce stepped up to the massive undertaking. He honors Jac’s memory and legacy with dignity, wisdom, compassion and artistic vision and has blossomed as an arts leader in a way that Jac would surely approve. Thank you, Bruce, for shouldering this company and arts community challenge with such character, style and grace. You are a true leader.

“Many people say that Blood Wedding is their favorite play but they have never seen it. And I can relate. The characters are so vivid in our imagination when we read it. They are rugged and elemental yet lyrical. The story, language and characters speak to our essence as human beings. But once you move from the words on paper to embodying the characters in this three-act play, you must contend with more than the passion that lured you to mount the play in the first place. Unless you are adapting the play differently than Lorca wrote it, you have to obey, or at least acknowledge, the classical theatrical forms in which the play is structured. Act I is like a parlor drama. Act II is a living room farce. Act III is a bitter folktale. Of course, Lorca’s rich characters, dramatic tension and lyricism uplift the story to Tragedy. But you have to walk that thin line that Lorca has traced.

The actors had to walk a razor’s edge to realize the complexity of each moment. There was very little room for error but not only with the acting but with the dances and songs. Blood Wedding was a complete effort in which we were forced to contend with classical forms as well as the play’s evocative and luring content. All aspects demanded an exhaustive effort from everyone involved, and more than once, kept me awake at night. We have taken on many challenging plays but the risks we took with this production were different than for any other piece I’ve directed.” David Lozano, Executive Artistic Director, Cara Mía Theatre Co. www.caramiatheatre.org

4) Death of A Salesman: FunHouse Theatre and Film, by Arthur Miller, directed by Susan Sargeant — https://criticalrant.com/2015/11/18/making-the-hard-sell-fun-house-theatres-death-of-a-salesman/

10) The Mountaintop: Oklahoma CITY REPertory Theatre, by Katori Hall, directed by Rene Moreno (a co-production with The Pollard and The Poteet Theatres) — https://criticalrant.com/2015/02/13/reaching-for-the-summit-the-mountaintop-in-oklahoma/ 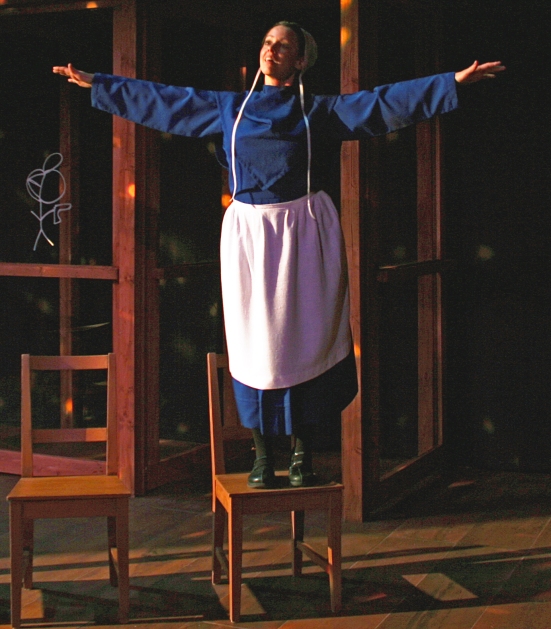 “I am proud of our production of THE AMISH PROJECT — honored that we could share it with The Columbia Festival in Maryland, The Banyon Theatre in Florida and finally in a highly regarded Off-Broadway run. The work of our creative team, Director Todd Olson, our designers, and particularly Katherine Michelle Tanner’s passionate, heartfelt and profoundly moving performance, represented the best elements of professional regional theatre’s ability to enlighten, educate and inspire!” 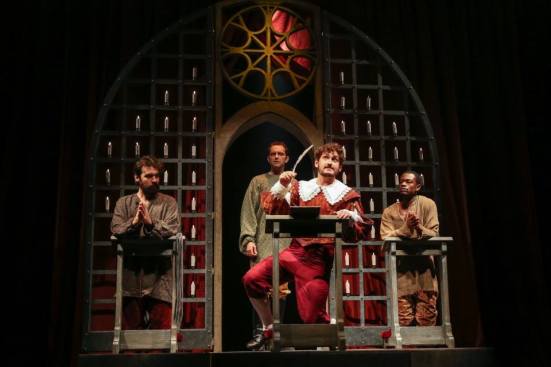 “My time with Trinity this year was an exhilarating honor. To work with such skilled and generous directors and fellow actors is an incredible blessing, but tackling two of my very favorite roles in such beautifully designed worlds and in a fast repertory rehearsal process (that recreates so magically the way the plays were originally explored) made this summer at Trinity one of my absolute favorite professional experiences.

Edmund has been my favorite role for years because he mixes the charisma and irresistible viciousness of all the most delicious villains with the same keen eye for truth versus hypocrisy and battle against the world’s expectations that we see in the great heroes like Hal. I’ve gotten to explore the role with three different companies, but Trinity was the first where I felt fully able to dive into the deeper, most human elements of the character because of the strength of TJ’s vision and the always inspiring, raw, impulsive work happening throughout the acting company.” Montgomery Sutton

Criticalrant’s “First Choice” Acting Performances of 2015: some surprised me, some transformed me, some made me think or laugh or cry, all demonstrated honesty and commitment, all memorable….

Jeff Swearingen, Romeo and Juliet, Shakespeare Dallas and Death of A Salesman, FunHouse Theatre and Film

Chris Rodenbaugh, Romeo and Juliet, The Wraith and Death of A Salesman, FunHouse Theatre and Film